Eagles Nest, ND- At any given moment, in the deep icy landscape of North Dakota, the entrancing sounds of Native American prayer coupled with the warning shots of local police echo across the still waters of the Missouri River. As of now, over eighty percent of the Dakota Access Pipeline (DAPL) has been completed, and not even a court-ordered stay could keep Energy Transfer Partners from continuing to drill just over the edge of Standing Rock Reservation.

For over a year now water protectors have gathered on both reservation land and Army Corps land to protest the construction of a pipeline that will stretch over 1,100 miles from the Bakken oil fields to a terminus in Illinois. ‘The Black Snake’, the name the Native American tribe has given the pipeline, has been the source of tension and violence between our government and those that reside on the lands surrounding it. The movement opposing DAPL began when the Standing Rock Sioux tribe protested the placement of the pipeline under their source of fresh water and through Native American burial grounds.

President Trump made sure that one of his very first Executive Orders was to push the construction of the DAPL forward, ultimately leading to the Army Corp of Engineer’s issuance of the last permit needed to complete digging. 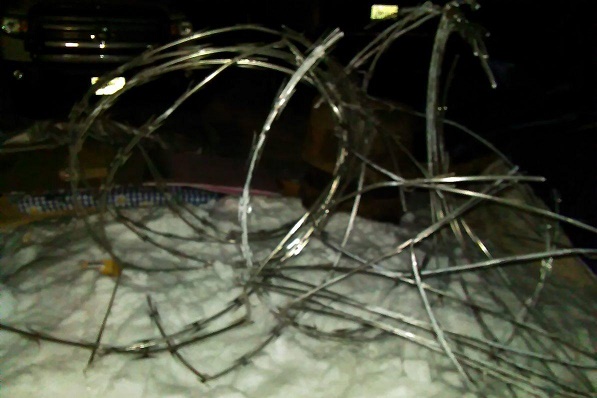 Water Protectors Are Not Being Told to Leave the NoDAPL Fight

Water Protector, Joseph Hock, recently talked with Green Action News about these new developments and to clear up some misinformation and confusion being reported by the mainstream media.


Hock describes himself as ‘a Warrior/Protector for ALL peoples.’ “The protectors are here to stop the ‘Black Snake'”, said Hock.

The Standing Rock Sioux Chiefs asked the water protectors to move from the largest of the camps, Sacred Stone, for their safety, especially as the season for flooding approaches.

“The tribal leaders cannot ask Oceti Camp to leave, they can ask only Sacred Stone and Rosebud encampments to move because it is on the reservation side of the river. The Tribal Council asked all nonresidents to leave [the reservation]. But they didn’t ever say all nonnatives should leave,” said Hock.

To the outside world, due to the lack of coverage on the DAPL protests, and misunderstanding about tribal hierarchy within, it would seem that if the Standing Rock Sioux were asking people to leave the fight.

Hock explains the chain of command and how it should be interpreted on the reservation. 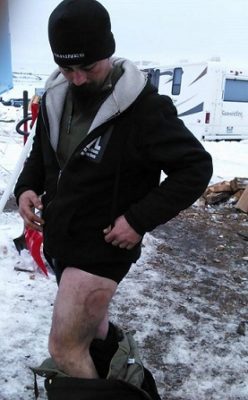 “The protectors will leave when the Grandmothers and Chiefs tell them too. The Council and Chairman have no say over what we do. I’m staying indefinitely,” said Hock

The situation at the DAPL has evolved since the day when several Native nations stood on the steps of the federal court building in Washington, DC almost a year ago. That scene then was peaceful, serene, and full of prayer and loud voices. Though the prayer and voice still echo across the land, today the situation has have become dire, and the violence against these water protectors is bordering on life threatening.

“Our biggest obstacle we face as protectors are the illegal activities of a crooked sheriff’s department, DAPL Tiger Swan Mercenaries, a crooked governor, and a crooked political system,” Hock explains.

There are reports of violence resulting in injuries, ranging from bumps and bruises to severe lacerations, internal bleeding, head trauma, and even an amputation of a limb.

According to Hock, the Morton County Sheriff’s department illegally placed concertina wire as a barrier against the water protectors. “They hate us, and want to create a buffer zone between us and DAPL,” said Hock.