Washington, D.C. – This afternoon, the U.S. Senate confirmed the President’s nominee Scott Pruitt to serve as head of the Environmental Protection Agency (EPA), in spite of fierce opposition by environmental groups and most Senate Democrats.

Throughout his career, Pruitt has sued the EPA 14 times in opposition to clean water regulations, carbon pollution regulations and regulations on emissions of mercury and other toxins.

While serving as Oklahoma Attorney General, Pruitt had described himself on the state’s attorney general website as a leading advocate against the “activist” agenda of the EPA. 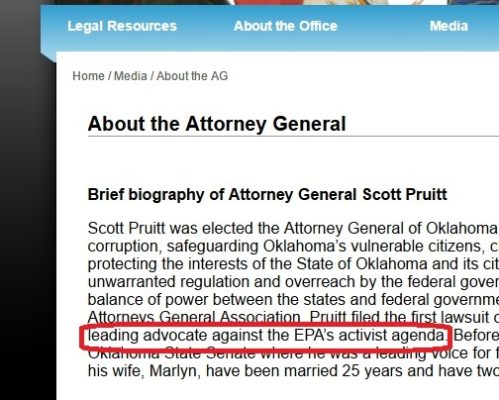 During his confirmation hearings, Senator Bernie Sanders (I-VT) the nominee whether human activity is the primary cause of climate change. Pruitt responded by saying the issue is subject to more debate and that his personal opinion about climate change is immaterial.


Sierra Club Executive Director of the Sierra Club reacted to the news of the confirmation on Twitter expressing disappointment with the vote. 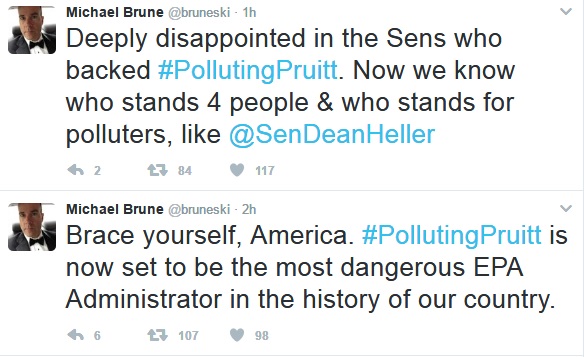 The Senate confirmed the nomination this afternoon, with a 52-46 vote.