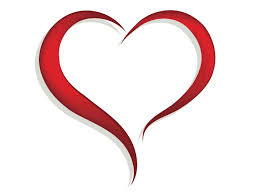 As You Sow previously initiated legal action against an additional 13 chocolate manufacturers, including Godiva, Ghirardelli, Lindt, Green and Black’s, Kroger, Whole Foods, Trader Joe’s, Earth Circle Organics, Moonstruck, Theo, and Vosges, for failure to warn of lead and/or cadmium in their chocolate products.

Lead exposure has been a significant public health issue for decades and is associated with neurological impairment, such as learning disabilities and lower IQ, even at low levels. “No amount of lead ingestion is ‘safe’ for children,” commented Sean Palfrey, MD, a practicing pediatrician and professor of Pediatrics and Public Health at Boston University School of Medicine. “Pregnant women and young children with developing brains in particular should avoid any ingestion of lead.”

Chronic exposure to cadmium has been linked to kidney, liver, and bone damage in humans. Children are more susceptible to exposure effects from low doses of cadmium over time. Animal studies have associated cadmium exposure with decreased birth weight, neurobehavioral problems, and male reproductive harm.

California’s Safe Drinking Water and Toxic Enforcement Act requires manufacturers to warn consumers if their products contain chemicals known to cause cancer or birth defects or other reproductive harm. Testing commissioned by As You Sow and conducted at an independent laboratory, indicates that the chocolate products named in the legal notices contain lead, cadmium, or both, and fail to provide the required warning to consumers.

“Consumers need to know that chocolate may contain heavy metals,” said Eleanne van Vliet, MPH, As You Sow’s Toxic Chemical Research Director. “Since lead and cadmium accumulate in the body over time, even small amounts should be avoided.”

“Nobody expects heavy metals in their chocolate,” said Andrew Behar, CEO of As You Sow. “By issuing these notices, we hope to convince chocolate manufacturers to either remove or reduce heavy metals in their products through sound supply chain practices, or provide warnings so consumers can make their own choices about whether to consume the products.”
For twenty years, As You Sow has been one of the leading enforcers of California’s Safe Drinking Water and Toxic Enforcement Act with enforcement actions that have resulted in removal of lead from children’s jewelry, formaldehyde from portable classrooms, lead-containing baby powder from stores, and the reproductive toxin toluene, from nail polish.