Grand Rapids, Mich. – An effort is underway to promote a market-based strategy to address climate change. It is being touted as a revenue-neutral tax on carbon by Director of Field Development with Citizens Climate Lobby (CCL), Lynate Pettengill. Pettengill spoke about the proposal to a small crowd of about 20 people at Plymouth Congregational United Church of Christ Tuesday evening. 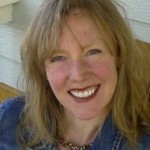 “Nearly every peer-reviewed study predicts that, on our current trajectory, average global temperatures will increase up to 11F degrees. Michigan is already seeing the effects of climate change in below-average Great Lakes water levels,” said Pettengill.

According to a recent report by the American Geophysical Union, “humanity is the major influence on the global climate change observed over the past 50 years” and that ”rapid societal responses can significantly lessen negative outcomes.” And Munich Re, a primary insurance and reinsurance company, states that “[Climate change] is one of the greatest risks facing mankind.”

“Climate change is becoming very real to people. Everyone is being affected by it or knows someone who has been, and that is increasing the openness to have a discussion about climate change,” said Pettengill.

The Citizens Climate Lobby suggests a tax that starts low — $15 per ton of CO2 – and ramps up aggressively, adding $10 per ton each year. Distributing the carbon tax revenue back to the public, would give consumers the additional income to deal with price increases associated with the carbon tax. As the tax on fossil fuels goes up predictably over time, CCL says that a carbon tax will send a clear price signal to energy companies begin using fossil fuels more efficiently or to replace them with green energy. As investment flows into green technologies, combined with the increasing price of fossil fuel, consumer demand will propel increased use of green technologies.

Pattengill outlined a five-point strategy CCL in this solution:

The Citizens Climate Lobby is a non-profit, grassroots advocacy organization focused on national policies to address climate change. CCL urges citizen actions such as letter-writing campaigns to elected officials, writing letters to the editor and op-ed pieces, and generating editorials to promote a sustainable climate as well as citizen’s lobby efforts with elected officials and the media to generate the political will for solutions that will stabilize the Earth’s climate.

“We are not confrontational. We are trying to have a dialogue with legislators. We approach them with respect and seeking common ground,” said Pettengill.

CCL is finding support for their proposal on the left from Former Director of NASA’s Goddard Institute for Space Studies, Dr. Jim Hansen and 350.org Founder, Bill McKibben as well as on the right from Reaganomics architect Art Laffer, Harvard Economics Professor Greg Mankiw and George Shultz.

One man could hold up the effort to get the proposed legislation to Congress for a vote however. Dave Camp who represents Michigan’s 4th Congressional district, is the chairperson on the House Ways & means Committee. “Camp has placed a moratorium on any legislation that involves a tax. We’re focusing on getting the word out to build up support for this solution in his district,” said Pettengill.

CCL has chapters of citizen lobbyists throughout the United States, including one in Traverse City and one in Detroit.

Attendee Paula Leach, Grand Rapids, said, “I am about the future. It is hard to believe that climate change has gotten this far without people paying attention.”

“It’s important that we have advocates in Western Michigan to give members of Congress the support they need to move forward with effective climate legislation,” said Pettengill.

Pettengill can be contacted at 785-331-5556, lynate@citizensclimatelobby.org